The New Litigants On CBC News The National 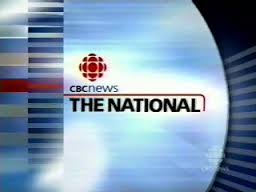 On CBC News The National

On the last day of the old year, a new way of practicing law will be featured as part of The New Litigants.

Last June, a CBC TV crew under the direction of award-winning (and former Fifth Estate) executive producer Diane Grant spent three days working with the Waymark Team in both Nanaimo and on Gabriola.

As well as filming me both alone and with Waymark clients, their experience as coached Self-Represented Litigants were recorded. Some time was also spent showing the final edits being made to Journey to Justice: A Practical Guide to Representing Yourself in Court just before it was published.

Although it’s hard to know how much of this footage will make it into the 19-minute documentary being shown (it includes interviews with others from Nova Scotia, Ontario and Alberta) I believe the Waymark Model incorporating the principles of Assisted Self-Representation will be presented as a viable new option for those facing the justice system without a lawyer.

I remember little about what I said but “Way of the future” comes to mind!

The timing is awkward: Who wants to sit around the TV on New Year’s Eve?! If you miss it, we will be posting a link to the show so that you can have a look whenever you like.

To all those who have helped make Waymark grow this year (including Diane and Doug from the CBC) many, many thanks.