For Self-Represented Litigants, Coaching is Key to Empowerment and Control 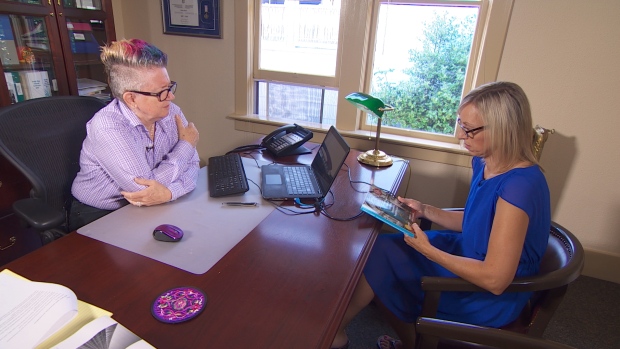 I was honoured recently to be part of a 19-mintue documentary on the subject of Self-Represented Litigants (SRLs) which aired on CBC’s The National. My part of it was filmed over three days last June and my clients and I waited patiently to see what award-winning producer Diane Grant did with the footage that was shot.

“The New Litigants” was compelling in that it showed over and over again the hardships various litigants had suffered facing the justice system on their own. One tearful woman displayed a board-room sized table covered in documents she had collected attempting to obtain child support for 10 years (without success), another had become so discouraged she had attempted suicide. Kevin Hope lost a small claims court application on a “technicality” (?), then, overwhelmed by the stress of preparing for an appeal of a related matter, lost his wife to an unknown illness. The Alberta lawyer interviewed refers to the process as “misery” for SRLs and esteemed Professor Julie McFarlane concludes that SRLs are “powerless”

Since 2007, I have been providing coaching and support to SRLs, none of whom have attempted suicide, died or otherwise dissolved into mental disrepair in the course of litigation. Not all of them won their case, not surprising in an adversarial system where someone always loses, or at least loses more than the other litigant. And many (like Caroline Wilson, a coached SRL who also appears in the documentary) do very, very well.

Although all would agree that representing yourself is time-consuming and stressful, the testimonials volunteered by my clients bear witness to two emergent themes: A sense of control over their case not possible when a lawyer is in charge and a feeling of empowerment as a result of their work searching for justice.

I am grateful to Diane for bringing the matter of self-representation into the public eye. Although I wish more time and attention had been paid to the work that is being done to assist SRLs (especially mine!), people need to know that the growing number of litigants without lawyers signal a paradigm shift in a system which can no longer accommodate its purpose: Justice.

Maybe, just maybe, this was the way to get that done.