Waymark In the Media

In it’s Featured Article on page 11, Bencher’s Bulletin interviews Denice Barrie as a lawyer who has built a practice around providing ‘unbundled’ legal services.

Nanaimo lawyer Denice Barrie can attest that, in some circumstances, a few hours of advice and coaching can even be enough to guide a self-represented litigant to success in the courtroom.

Links to CBC’s The National Documentary on Self-Represented Litigants

Thanks to Diane Grant from the CBC for providing the links to her documentary on CBC tonight.

The CBC article can be found here on the CBC website.

Journey to Justice with Denice Barrie

Check out my latest video with Gabriolan Denice Barrie about her new book, Journey to Justice.

It’s especially designed to help people who need to represent themselves in court but can’t afford lawyer. It can also help people keep lawyer fees down by doing some work themselves.

Denice also does coaching, and you can get more information at www.waymarklaw.ca. 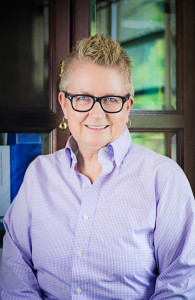 Denice Barrie is taking a unique approach to unbundled legal services at her new law firm in Nanaimo, B.C.

In offering what she calls “assisted self-representation,” Barrie provides coaching to family law litigants at a flat rate of $150 an hour at Waymark Law

“This is definitely more of a supporting role,” she says, noting she got the idea while helping people at the Nanaimo Justice Access Centre’s family advice clinic.

“What I learned over time is that a lot of them could achieve good results . . . but they needed coaching,” says Barrie.

So in recent months, she took that work a step further with a new private practice aimed at helping people represent themselves. There’s no retainer, and people pay the flat rate whenever they need help on a pay-as-you-go basis. She notes she can do a lot for people during a single visit.

“I’ve drafted entire applications for people in an hour,” she says.

Barrie breaks her services down into six steps starting with simply collecting the many materials people have for their matters to finally preparing the case and presenting it in court. In many ways, the service is about understanding the court process and getting people organized, she notes.

“For the most part, people are happy with the service they get,” says Barrie, who notes access to justice in family law is a big issue in British Columbia given the lack of legal aid assistance.

Barrie has clearly developed a passion for the idea of addressing access to justice through assisted self-representation and notes it fits well with the notion of giving clients more control over their cases. She even wants to start giving workshops on self-representation next year.

“I’m jammed. . . . This is the most exciting thing that I’ve done as a lawyer. I really think this kind of service is the way of the future.”

City lawyer says she has solution for high cost of fees

A Nanaimo lawyer says she has the solution to the rising cost in legal fees.

Waymark Law, the brainchild of long-time legal aid lawyer Denise Barrie, is an enterprise designed to give affordable legal guidance to those willing to self represent in court.

For a growing number of people, the cost to hire a lawyer poses a dilemma: the need for justice, versus the risk of losing a case after spending thousands on legal bills.

Barrie believed, when she first served people at the Nanaimo Justice Access Centre in 2007, her clients just need real lawyers.

Over time, she realized many just needed help organizing their cases.

“People can do a lot of work themselves,” Barrie said.

“They know their cases better than anyone, what they don’t know is how to package their cases – how to bring it before the court.”

Rather than pay a hefty retainer, and steep legal bills, clients pay a flat $150 an hour to learn how to build a solid case to represent themselves.

Too often, self-represented litigants – SRLs – dump a disorganized jumble of information on a judge, which can hurt their case.

Defending oneself in court isn’t for everyone, but Barrie said even those too nervous to go before a judge benefit from good preparation.

“Even those who chicken out – lose their nerve – have done a lot of the work along the way.”

An organized case given to a lawyer willing to present in court should save the client considerably in legal costs.

“When you’re supporting an SRL, what you’re doing you’re working with them, as opposed to taking over and running with it. It gives clients a lot of control,” Barrie said.

As far as Barrie knows, no similar service is offered in Canada. She hopes to build a franchise from it.

“Nanaimo is the pilot,” she said.